Video marketing is, with no doubt, a powerful tool for marketing. And explainer videos can get your business more attention, reach, engagement and conversions. They are game changers for sure. But not all explainer videos can do the job. You’ll be needing not just a good one, but a great one.

There are hundreds of DIY explainer video tools out there that you can use to make your own 2D animated or whiteboard videos. Here are some of them:

Why People Go For These DIY Explainer Video Tools?

A better question would be “what kinda people go for these DIY tools to make animated 2D & whiteboard videos!”

DIY Explainer Video Tools Are For Those Who Haven’t Realized The Power Of Video Marketing Yet.

While these DIY tools are not really expensive, they really don’t save your bucks. In fact, it’s gonna be a really bad decision.

So, what are the reasons why it’s a bad idea?

We’ll dive right into it.

#1) Are You Ready To Compromise On Quality?

Most probably, no! Unless you really don’t care about your business. Or, you don’t think explainer videos will help you grow your business.

But I assume that you do. And I’ve got bad news for you. The output quality of the video will suck big time. How?

These tools have less control over the objects and illustrations. The animations would be robotic and less appealing. The basic movements of these DIY tools are more likely to turn the viewers off and destroying their attention.

Image the way how an automated software would make illustrations? It’ll obviously lack the human touch. And even the voice over would be audio that’ll be converted from the text that you type in, which is again a major turn off.

Now that you have one reason not to opt for DIY explainer video tools, let me give you more and make sure you don’t end up making the wrong choice

Well, sorry to burst your bubble – you won’t get one!

These animation tools have pre-built libraries for illustrations and characters. These items must be already used by thousands of other companies and projects. There’s a good chance that even your competitions might have used them.

You seriously don’t want to look like one of those scammy companies, do you? Even the background music and small audios in-between the video will be stock audios that are available for almost anyone.

Every brand has a unique identity (and need one).

While an agency uses multiple tools and collaborates with different people to get a video done. With DIY tools you’ll have to limit yourself to a single platform. This will result in a video without a character or brand identity.

While we create videos for a particular brand, it’s really important to follow certain aspects of visual identity. It can be colors, fonts, layout, illustration styles, communication language and all. These factors can’t be brought into videos to the right amount using any of the DIY animation tools out there.

You might be thinking that you’re gonna save a lot of time. Well, sorry again. (I’m getting the hang of bursting your bubbles).

Nope, you can’t. Even though this so-called “Do-It-Yourself” stuff sounds so easy and quick, it’s not. It’s not just dragging and dropping elements into the canvas and pushing the magic button to create an animated 2D or whiteboard video, there’s a lot to it.

Let’s say you’re done with all these (hectic) tasks. Now you’ll have to compile all these together with the right way to create your explainer video.

But even after doing this, how sure are you that the video is gonna be pleasing to the eyes or converting? My bet is – they are not going to be.

Plus, you could be saving the whole amount of time you’re going to spend on the DIY software on marketing your business in an area you’re actually an expert on. Speaking about expertise:

An explainer video agency like WowMakers has creative experts on all the micro-tasks in the process of creating a highly converting explainer video. The best part? Most of these will be done in parallel, which in turns save a lot of time for the process to finish.

#5) Remember, You’re Not An Expert. And So Isn’t The Tool

Have you made explainer videos before? Or have you ever witnessed the whole process of making one?

DIY tools may be good for low budget videos, but only a good, professional creative team with marketing knowledge can execute a strong script that converts. If it does not help convert, why a video in the first place? An agency can have an outsider’s perspective about your product. This will help as all your customers are going to be “outsiders”. How would an automated software know all this?

Explainer video experts like us (yes, we’d brag) know how to grab the merely interested people’s attention, keep them engaged and use persuasive psychology to convert them into customers.

An agency that has worked with many clients spanning across various industries would have gathered a lot of data and insights to frame and message and create good videos. They have tried and tested process that they follow to create the best quality output in the shortest possible time.

That’s exactly what you don’t get when you use a DIY explainer video tool.

Now that you know why you shouldn’t make the mistake of using a DIY explainer video software (if you care about your business), what are you going to do?

Here’s why you should hire an explainer video company instead of trying your luck with DIY animation tools:

f budget is your issue and you’re looking for an affordable explainer video for your business, you should get yourself a whiteboard animation video.

Amal was the digital marketing strategist at WowMakers. While he's not doing experiments and optimizing the inbound channels, you can find him solving different kinds of Rubik's cubes. 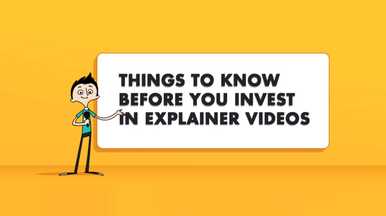 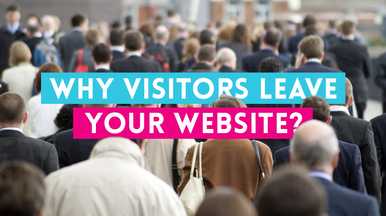 7 Reasons Why Visitors Leave Your Website & Never Come Back 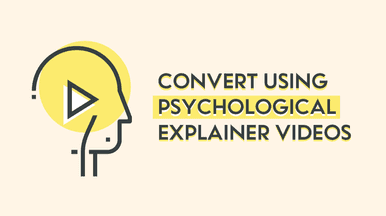 Are You Using Psychology To Make Your Explainer Videos Highly Converting?